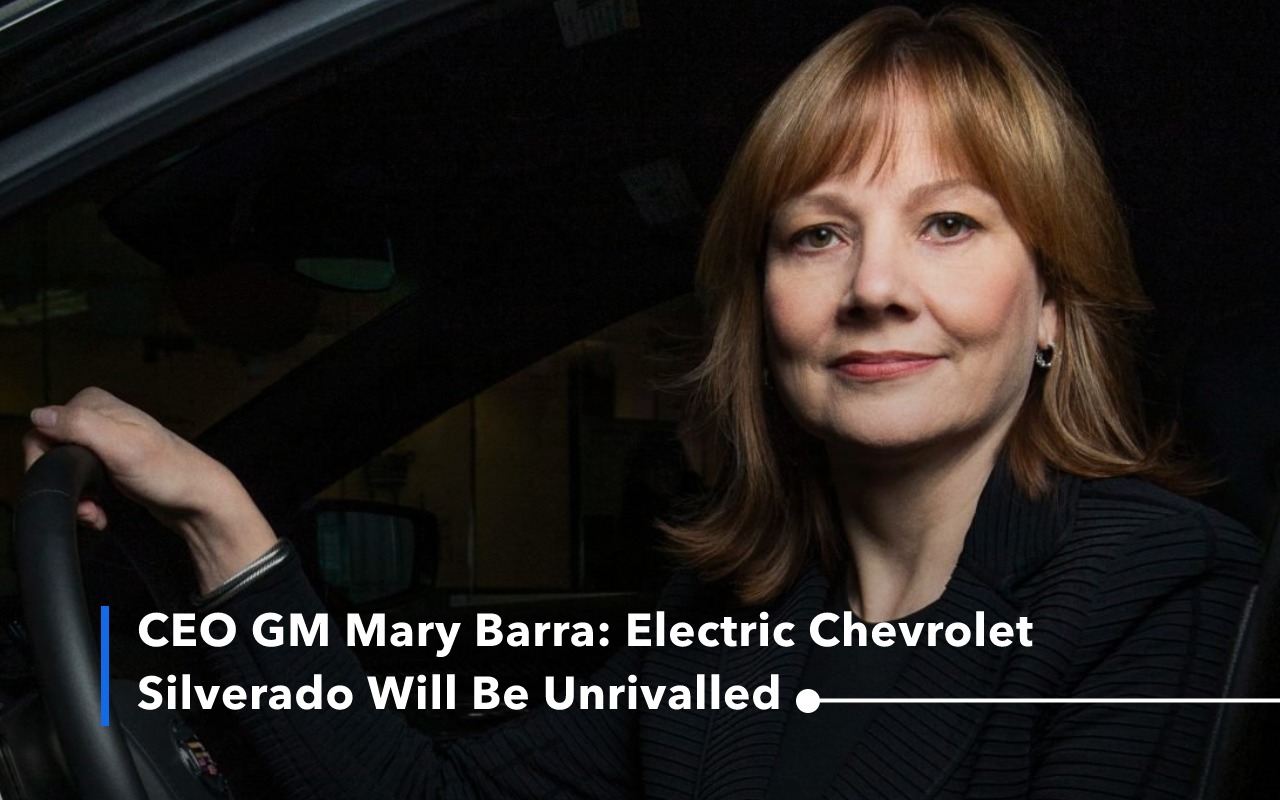 CEO GM Mary Barra spoke about the Electric Chevrolet Silverado, which will be unmatched by its competitors in 2022.

In 2022, we can see a lot of things in the auto sector, and it could be an exciting year. When CEO GM Mary Barra revealed the Chevrolet Silverado EV and another electric vehicle at the Consumer Electronics Show (CES), the future of electric vehicles seemed more flourishing.

At the Automotive Press Association event in Detroit, Mary Barra said, “The Silverado will educate people on what you can do with an electric truck when you have a dedicated platform.”

She added, “I think when you see the timing of when the Silverado will be available and what that vehicle offers, I think it is unmatched.”

That would be quite a feat given that Lightning is expected to be launched on the market by mid-2022. For the base model, it can cost up to $41,669, which is listed as the most affordable truck in its segment. From the date of its announcement, the affordable Ford Lighting truck got 200,000 orders and has become very popular since then. Currently, the reservations have been stopped, CEO Ford Jim Farley said.

CEO GM Mary Barra continued to comment on other competitors as well in the electric vehicle segment, beginning with Rivian Automotive’s R1T, the Tesla Cybertruck, and when customers can expect Electric Chevrolet Silverado EV.

Rivian and Amazon Will Work Together On AWS Cloud Computing

In 2022 Pandemic May Cause People Carry Credit Card Debt

She also said that the Silverado EV uses the Ultium dedicated EV platform that also underpins the 2022 GMC Hummer EV pickup, which is days away from delivery to customers, as well as the 2024 GMC Hummer SUV, the 2023 Cadillac Lyriq midsize SUV, a “$30,000 Equinox-like vehicle,” and the electric Chevy Blazer, which would be slightly bigger than the Chevy Equinox.

“We’re ahead,” Barra says, of the EV race, where many automakers have made big claims. What people are announcing now, GM started doing three years ago with a dedicated platform, she says. We saw it early and invested in it. For an automaker of our scale, we are first.”

She added that GM is neck-and-neck with Tesla from a battery technology cost-effective perspective.

GM’s CEO confirmed that we are here to give a promising and reliable future. She said, “GM was one of the first automakers to commit to making its own battery cells and is looking across the whole supply chain to bring more EV vehicle components in-house to avoid being captive to suppliers and their timelines.

GM will own more of the intellectual property for EVs than it did for combustion engine vehicles. By 2025, in North America itself, the goal is to source most of the materials for the Ultium battery management system.

What are your thoughts on CEO GM Mary Barra‘s statement? What do you think the future holds for the customers of General Motors’ electric vehicles? Do let us know in the comment section below.