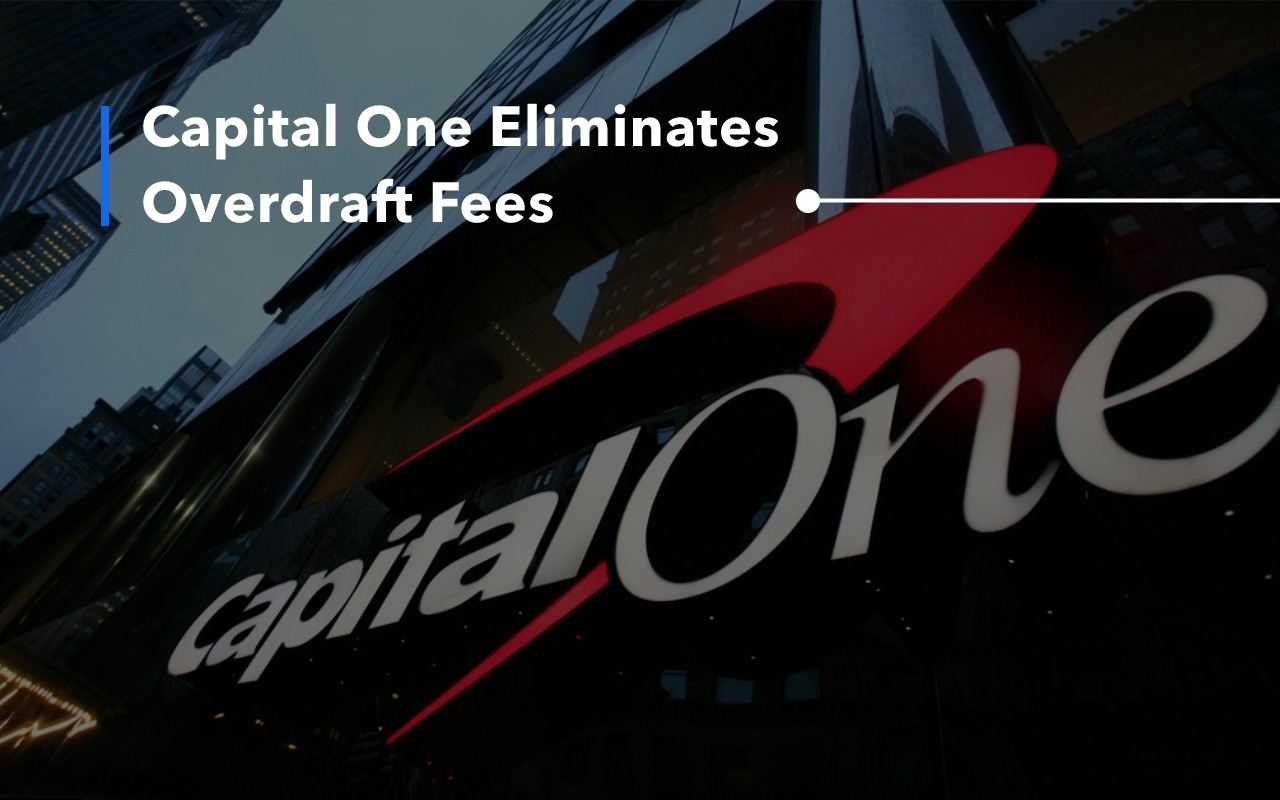 Customers are going to see new changes in 2022 when Capital One eliminates overdraft fees. The bank made the announcement on Wednesday, the same time that the Consumer Financial Protection Bureau (CFPB) released research on banks’ “deep dependence” on overdraft fees.

The decision made by Capital One will cost them an estimated $150 in annual revenue.

How Will It Affect Capital One Customers?

From early 2022, customers who are enrolled in overdraft services will be automatically converted to no-fee overdraft. Capital One added, “For customers not enrolled, transactions that would overdraw an account will be declined and no fees will be assessed.”

Currently, the bank charges a $35 overdraft fee when enrolled in its next-day grace program. Under current rules, customers could be charged a fee up to four times a day for overdrawing their accounts by more than $5.

“The elimination of overdraft and related fees should have a beneficial impact on customers who in the past might have struggled to make ends meet,” says Mark Hamrick, Bankrate senior economic analyst and Washington bureau chief. “Now, it will be fascinating to see whether other major players follow Capital One’s lead.”

According to a news release issued by the Consumer Financial Protection Bureau on Wednesday, the three largest banks in the United States — JPMorgan Chase, Wells Fargo, and Bank of America — collected $5.3 billion (44 percent) of the total $12 billion in overdraft and nonsufficient fund (NSF) fees in 2019. The industry as a whole took in $15.5 billion in revenue from overdraft and NSF fees.

Speaking of Capital One, it made its move after the Federal Deposit Insurance Corp. (FDIC) reported its net income. When compared to the same quarter a year ago, the bank grew 35.9 percent, or $18.4 billion, in the third quarter.

All the previous policies that a consumer has opted for remain effective until Capital One launches a no-fee overdraft program.

What do you think about the news on Capital One Eliminates Overdraft Fees? Do let us know in the comment section below.

No comments to show.