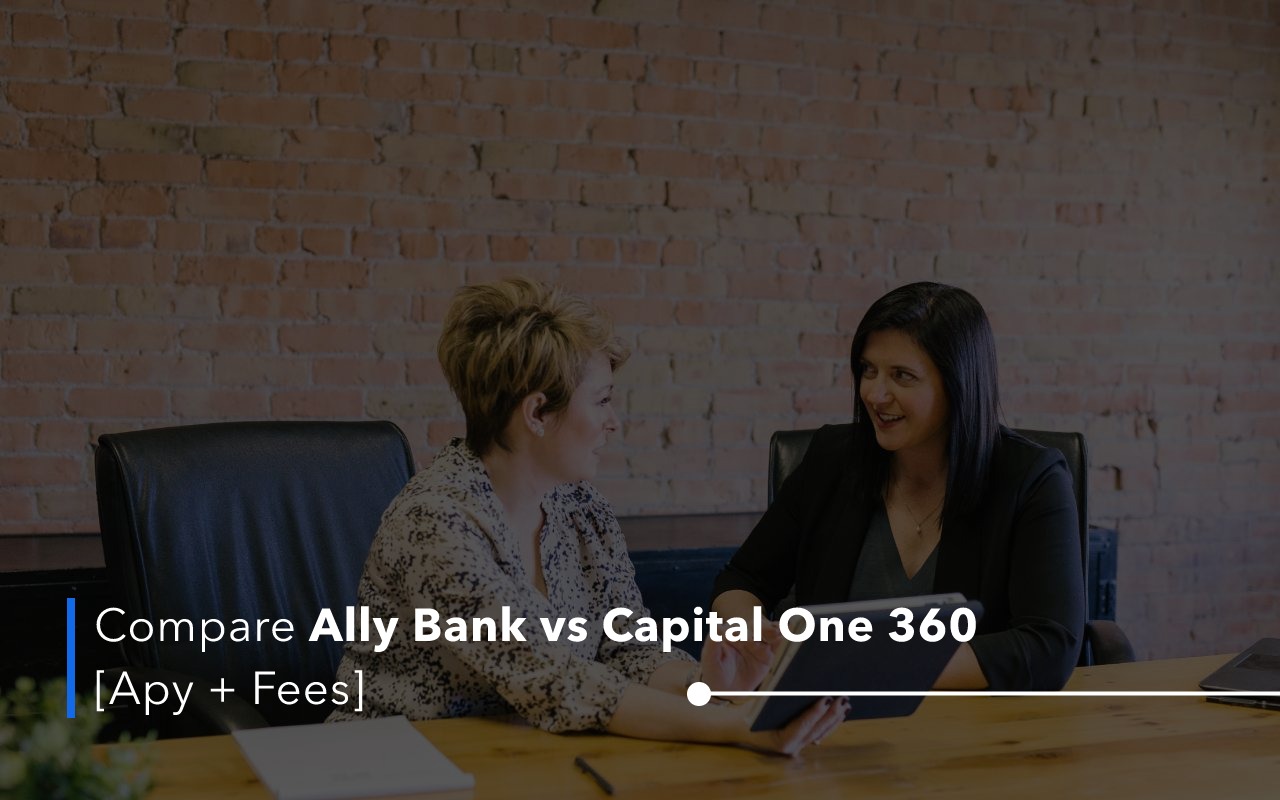 Internet banking is our future because, from waiting in a long queue for your turn in our traditional banks to doing your banking in the blink of an eye by online means, traditional banking advantages will be less. You should know something about online banks that cater to customers online and offline. So we’ll compare two banks in the country that have been serving their customers for a long time, i.e. Ally Bank vs Capital One 360.

Both Ally Bank vs Capital One 360 give you complete freedom to have online access to enjoy the offers they give you. While Capital One 360 has brick-and-mortar, Ally Bank comes with no physical banking at all.

Understand how today’s online banking system works, compare Ally Bank vs Capital One 360, what practices they follow, what each bank offers, its pros and cons, and which bank is better in 2022.

Ally Bank vs Capital One 360: Overview

The only difference here is that Capital One 360 has an option to visit the bank physically, whereas Ally Bank is only limited to your online banking. Visiting physically to a bank can be one reason to choose a bank because not everyone is familiar with net banking and the online world, so traditional banks do make sense. Let us know other reasons to choose between Ally Bank Vs Capital One 360 in 2022.

Read – What Is A Community Bank?

1. Pros and cons of Ally Bank

Pros: Ally Bank gives you 24/7 live customer services. You’ll get a competitive interest rate on your savings account, and you can also enjoy fee-free bank accounts. Ally Bank provides you with unique CDs and IRA CDs with no penalty.

Cons: the biggest drawback is there is no physical banking available, no physical bureau for your unresolved complaints. Also, no joint bank accounts for minors.

Pros: Capital One 360 comes with 24/7 customer service through their live chat programme. Like Ally Bank, it gives you competitive interest rates on your savings account while enjoying a fee-free bank account. With Capital One 360, you can open a joint bank and checking account for kids and teenagers.

Cons: Its branches are limited to NY, TX, MD, LA, NJ, VA and Washington, DC. Also, it has no money market account.

Both Ally Bank and Capital One 360 charge you no monthly maintenance fees.

Ally Bank and Capital One 360 checking accounts allow your deposits to earn more interest than any other bank can offer you with fee-free monthly maintenance.

According to the Better Business Bureau (BBB), Ally received a C rating because of customer complaints and unresolved issues, and on the other hand, Capital One 360 received an A.

Ally Bank, to date, has not been involved in any controversies, but Capital One 360 has in one settlement. The rating might not give the final verdict, but, for your satisfaction, check the current reviews and ratings or try to reach their customers and decide which Banking you prefer.

Must Read – All You Need To Know About Citi Price Rewind

Compare Ally Bank vs Capital One 360 to check which is better in terms of checking accounts, savings, CD and has the best banking experience in 2022.

Ally Bank vs Capital One 360 both offer you interest on your checking accounts, but the interest rate of Ally Bank is a bit higher than Capital One 360. Both the banks include free service on using selected ATMs while using your debit cards. The bank will reimburse your money if your ATM is out of network, and you don’t need any fee or deposit for your savings accounts. Ally Bank can be a better choice because it gives you a higher interest rate.

Capital One 360 also gives you free of charge with interest accounts for your kids and teenagers.

An average bank charges an overdraft fee of around $35.20. Which is $250 for a year, but you will be pleased to know that Ally Bank and Capital One 360 eliminate any overdraft fee. So, if you are looking for a savings account or a money market account, both Ally Bank and Capital One 360 can be great options to be picked. But in addition, Ally Bank can request overdraft protection through which there will be no risk of your transaction. While in Capital One 360, you can do both online and physical banking. Ally Bank is completely digital-based with no physical banks available.

So, if you are more bent on having everything available online, then Ally Bank is something we would recommend.

Trending – What Is The Definition Of Online Banking? [5 Things To Know]

Both offer you different annual percentage yields (APY), Capital One 360 offers 0.20%, and Ally offers 0.55% to 0.80%. With Ally, you have more than 55,000 ATMs throughout the United States. If you are one of those who value having physical Banks, you may not enjoy working with Ally Bank, despite that you can still earn excellent rates while having big banks as competitors.

Finally, Ally Bank vs Capital One 360, the banking applications are best in their ways. Both have excellent online services. If you are looking for an app that provides digital excess plus 24/7 customer support with a reward checking account, then Ally Bank is a one-stop solution.

But on the other hand, if you prefer physical and digital banking, which also gives you better banking services for your kids and teenagers, then Capital One 360 is the right option. The conclusion of which bank to choose depends on your specific needs. Both are doing great work at their respective places.

To open an account with Ally will take about five minutes or less. Firstly, visit their official site and find the “Open New Account”, then go to the “Checking and Saving” tab. After picking the account type, click on “Open Account” to start with the app.

To open an account with Capital One 360, visit their official site and sign up for the app. You will need two forms of ID(like a driver’s licence, passport or any other ID proof) with proof of address. Then apply from your phone or laptop online.